The exhibition “My Free Country” in Maarjamäe Palace takes visitors on a journey through 100 years, from the birth of the Republic of Estonia to the modern day.

Visitors can go through eight rooms presenting an overview of the important events of the era through the displayed artefacts, texts and design of each room.

Room 1 – Before the birth of the Republic of Estonia
The story begins with the winds of change in the 20th century, when changes reached the westernmost governorates of the Russian Empire – Estonia and Livonia. A group of Estonians emerges who start working towards autonomy. This culminates in the declaration of the independence of the Republic of Estonia on 23 February 1918 in Pärnu from the balcony of the Endla Theatre. Visitors can picture themselves on the balcony of the theatre and read the manifesto of independence.

Room 2 – Building the Republic of Estonia
The Republic was born in the midst of war. But once the medals have been awarded to heroes, the story becomes bright again as the war is over. Gradually, life gets better, the Estonian language starts to gain a foothold everywhere, new farmsteads appear, the country becomes a renowned exporter of butter and eggs. Visitors can go on a bike ride in Tallinn, Pärnu or Narva. Children can try to make a tower of eggs.

Room 3 - Life in the Republic of Estonia
A time of plenty, leisure and rest in the beautiful homeland, a break for many. Estonia’s own industry is getting on its feet. Visitors can experience the glamour of the 1930s and learn some fashionable dances. The first President moves into Kadriorg Palace.

Room 4 – World War II and the end of independence
The story continues in the grey tones of sorrow with a red hue. It is the end of the independent state, and many are forced to leave, or are taken away by force. People must survive in the changing occupations during WWII, in prison camps or as refugees. In war, it’s friend against friend, brother against brother.

Room 5 – Life in the Soviet Union
The Soviet occupation. Closed borders, pioneers and collective farms. Shortages and acquaintances. People are afraid. The KGB with a button camera. Visitors must also remain vigilant: is “Big Brother” watching? There’s nothing in the shops, but the pantry is full. But somewhere, there’s a world where you can hear My Fatherland is My Love; rock music, and the shops are fully stocked.

Room 6 - The rebirth of the Republic of Estonia
The people have had enough now. We join together, and there are a lot of us. The borders are cracking, and everything new and fancy is also reaching our shores. People are fighting in the phosphorite war, forming the Popular Front and Citizen’s committees. They are demanding freedom loudly. Visitors can stand in the Baltic Way. On 20 August 1991, the Republic of Estonia is restored again.

Room 7 – Life and opportunities in a young republic
Suddenly, there are so many options that it’s difficult to choose. The country is rebuilt again. Young politicians make bold decisions. Whoever disagrees can establish their own political party. Entrepreneurship is out of control, at times going beyond good business practices to the extent of cowboy capitalism. People can take out mortgages to create their dream home and protect it with a heavy security door.

Room 8 – Contemporary Estonia
The story reaches the modern day. Everything is in its place. The country has secured itself by becoming a member of several unions. Everyone knows what they want. The winners are prominent, the losers are finding it difficult to make their mark. There are real success stories, the internet, e-Estonia, start-ups. Baruto and Pärt. Organic produce and an increasing sense of community. It is also a time of sobering up. The economic crisis, dissatisfied people protesting. The people who were lost are visible again. Visitors need not worry, there is WiFi. There is nothing but the future ahead. 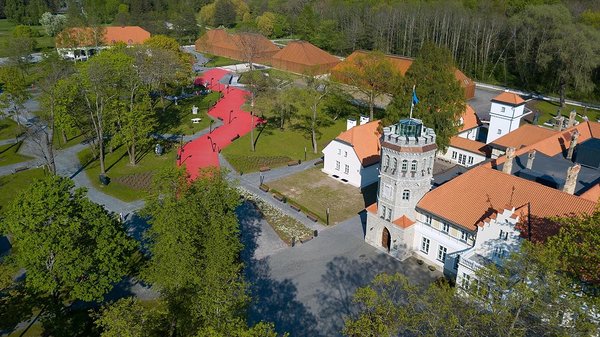 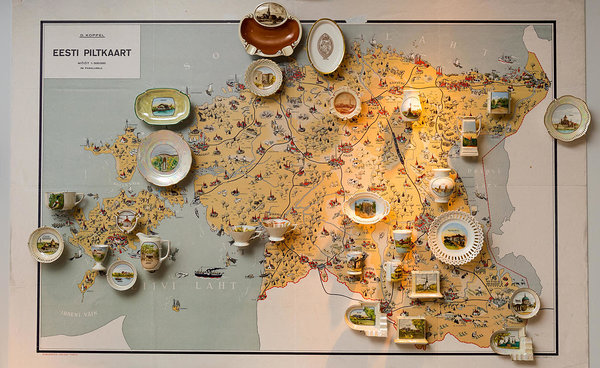